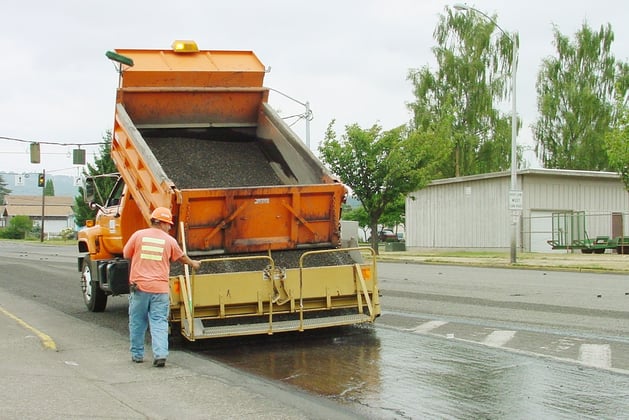 The state of California has experienced a record amount of economic growth since the last recession, resulting in the title of the world’s fifth largest economy. The Golden State has fully funded its multi-billion dollar “rainy day” fund in half the time originally forecast, and boasts a 4.2% unemployment rate, putting California on par with the more “business friendly” states of Texas and Florida. Despite this seemingly rosy picture, many cities in California are financially impaired.

Swimming in pension obligation debt and dealing with an ever-growing population that strains an already taxed transportation and communications infrastructure, communities are forced to make tough choices in their spending priorities. Infrastructure, public safety, education, and other policy endeavors are constantly balanced amidst capital scarcity. In the past, cities looked to cover their infrastructure, economic development, and affordable housing costs through their redevelopment agencies (RAs), which allowed cities to use tax increment financing (TIF)—the increase in tax revenues generated by development—to repay bonds issued to finance infrastructure enhancement projects. In the height of the California recession, however, Governor Jerry Brown signed legislation completely eliminating RAs in the state. With no way to pay back general obligation bonds, cities were left to find new revenue streams to maintain critical physical assets.

EIFDs are a new governmental entity; created by a city, county, special district (or a combination of the three) that funds the construction, improvement, or rehabilitation of a defined area. A unique feature of EIFDs is that the defined areas of an EIFD do not have to be contiguous; meaning cities, counties, and special districts that are separated geographically but share a common infrastructure goal (say a major arterial highway) can still form an EIFD together. EIFDs can also fund the on-going maintenance associated with the newly formed district.

EIFDs are formed through a joint power authority (JPA) and consist of cooperating cities (or a single city), counties, and special districts. Once formed, a public financing authority board is created from the JPA participants who are charged with creating a financing plan to meet the needs of the determined infrastructure district or specific project.

3. How Do They Fund Projects?

Once the public financing authority of an EIFD is seated, it will create financing plans that combine all of the permitted funding sources, including tax increment bonds. These funding lines are the commitment of each member of the JPA, and each participant must agree to the amount of tax increment that they will contribute. In a financing plan, an EIFD may also use: community facilities bonds (Mello-Roos), California’s Proposition 1 water bond funds, federal and state grants, fees from developer agreements, and hotel and sales taxes. Money that funds school districts or community colleges, however, cannot be used.

4. What Are Some Examples?

The city of La Verne has established an EIFD near the city’s future Gold Line (light rail) within the Los Angeles County. This EIFD will focus on 14 projects and will redirect around $33 million of property tax increments to fund them.

The city of West Sacramento has created a much broader EIFD that covers nearly 4,200 square acres of the city. This EIFD is not project specific like the city of La Verne but rather focuses on broad infrastructure updates like bridges, stormwater collection facilities, bicycle lanes, and much more.

5. What Are Some of the Challenges?

As a new tool, EIFDs are partly a learning experience as more cities begin to establish them. Larry Kosmont, an expert on EIFDs and public/private financial structuring, recently shared his views on the greatest challenge facing EIFDs in California:

“…primary obstacle is getting other taxing agencies involved. The state set up these sustainability districts to encourage lead agencies—usually cities—to approach other taxing agencies with a plan for regionally beneficial infrastructure improvements, and hopefully convince them to collaborate. The problem is that, to my knowledge, there are still no takers on the county side. EIFDs suffer from the suspicion that was generated when cities could use redevelopment to unilaterally grab future property tax share from other agencies. This can no longer happen—EIFDs require voluntary and affirmative contributions from participating agencies—but the bias against jurisdictional cooperation largely remains intact. That’s going to take a while to overcome, but I’m optimistic that it will change.”

EIFDs look to be an effective tool that communities can use to ensure that infrastructure and community assets are functional and productive.

Reprinted with permission from the June 2019 ICMA Blog, published and copyrighted by ICMA, the International City/County Management Association, Washington, D.C.